Seventeen years ago, we started our practice seeing primarily kids and pregnant women. Over the years, our office has morphed into a true family practice and we have seen a lot of those kids have their own kids, allowing us to check and adjust up to three generations at once. I have told many patients before that the best time to have your child checked is while they are still in the womb, because it is the mother’s nervous system that is controlling his or her growth and development. 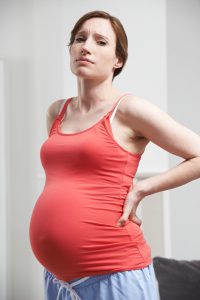 Chiropractic care is all about being healthy. In pregnancy, this is so important because a mother’s health directly affects her baby’s health. Let’s be honest – pregnancy is a parasitic relationship, meaning that your child is literally sucking the life out of you.

All joking aside, a woman’s body goes through so many dramatic changes during pregnancy. It’s a challenging time physically, chemically, and psychologically. Chiropractic care can assist a women in managing these changes naturally, making her pregnancy the most vibrant time ever.

Your nervous system is what controls and coordinates the function of all organs, glands, blood vessels and muscles of the body. Chiropractic care on an ongoing basis can help balance out those organs responsible for hormone production. Through chiropractic treatments, many couples who thought they were infertile have had the nerve supply to their reproductive organs restored and have been able to conceive.

Of course, chiropractic care on an ongoing basis before pregnancy can also help women develop a more regular menstrual cycle and prepare their bodies for pregnancy. A strong, supple, balanced body helps a woman carry her baby better, and proper alignment of the pelvic bones can make for a more comfortable third trimester and for a speedier delivery.

Other benefits of chiropractic care during pregnancy include:

Subluxations where the sacrum joins the pelvis (hip) may prevent the baby from assuming the best possible position for birth.

As the due date draws near, most babies have assumed a head-down position in the mother’s uterus. If the baby hasn’t turned, there is a greater chance of a more difficult breech birth or risky Caesarean intervention.

Sacral subluxation may cause the tightening and twisting of pelvic muscles and ligaments, constraining the uterus. The goal of the adjustment is to reduce the effects of subluxation and the associated dysfunction of the SI joint. The result? Neurobiomechanical function in the sacral/pelvic region is improved, benefiting pregnant mothers or others with sacral subluxations.

The July/August 2002 issue of the Journal of Manipulative and Physiological Therapeutics reports that 82% of chiropractors using the Webster Technique reported success.

Sometimes, using the Webster Technique the associated dysfunction of the sacroiliac joint can be reduced with just one adjustment. But usually it takes between three to 10 visits over a several week period.

Because the Webster Technique relies on the inborn intelligence of the mother and baby, there is little risk. The Webster Technique is based on the positive experiences of pregnant patients, the clinical experience of its many practitioners, academic studies on the subject of sacral subluxation and its consequences to proper pelvic function.

Whether you’re looking to become pregnant or are pregnant, call us today to schedule an initial consultation. We look forward to proactively helping you through this exciting time in your life and the life of your family.